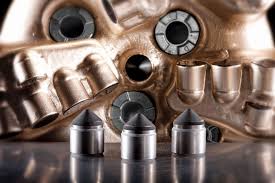 PDC bits have been used extensively and successfully over a wide range of formation types. The lack of rotating parts leads to greater life expectancy and as such long bit runs are achievable with resultant time and cost savings.

A thorough review of the economics of running a PDC bit needs to be performed prior to selection due to its increased cost.

The following guidelines list the typical applications of PDC bits: