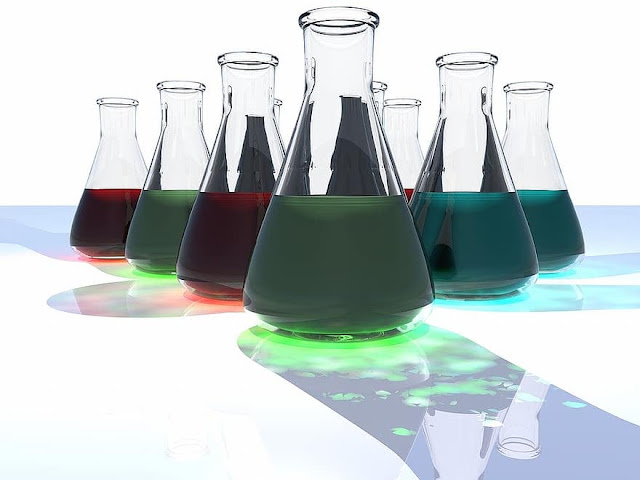 High-weight mud systems usually contain more solids than low-weight systems. Extra solids in a high-weight mud will originate from the gels, chemicals, weight material, and drill solids from the formation. Good solids control equipment and proper additions of water and drilling chemicals to a high-mud-weight system will eliminate many solids buildup problems. Additions of weight material, any drilling chemicals, and formation solids will necessitate adding extra water. Water dilution in itself is the most costly corrective measure after a solids problem has developed. Fig.1 shows field-developed guidelines for solids levels in water based muds.

Proper drilling chemicals additions to reduce the hydration of formation clays and provide filtration control should be done before a solids problem occurs. In many situations, chemicals are not the solution to thinning a high-weight mud. With the addition of gels, drilling chemicals, and formation solids, water is often not added in the proper ratio for these chemicals to react properly.

What is the drilling chemicals (clays) which is added to Gel Mud System?

The commercial clays usually added to the mud system are attapulgite and bentonite. Bentonite is added to water-based systems to increase viscosity, mud gel strengths, and suspension. Filtration and filter cake properties are also improved with bentonite. During drilling operations the most common clays that may enter the mud as drilled solids are kaolinite; illite, and montmorillonite.

Bentonite consists primarily of sodium montmorillonite clays. After bentonite is added to water, the positive sodium ions are dissociated from the surface of the clay platelet, which leaves negative charges. Dispersion of the clay is a result of the negative charges repelling each other and the shearing action, or stirring, the bentonite in water. The edges of the clay platelet may be positive or negatively charged, depending on the remaining atoms, drilling chemicals added, or contaminants. Bentonite in dry form is actually groups of clay platelets stacked face-to-face in bundles called aggregates (Fig.2).

When fresh water is added to bentonite and sufficient stirring occurs, the clay platelets will separate. This chemical action is called dispersion. If the clay platelets arrange themselves in an edge-to-face orientation the clays are said to be flocculated. Drilling chemicals may be added to the mud system to deflocculate the clays and return them to a dispersed or aggregated state.

Why we may need to use attapulgite clay?

Since bentonites do not react properly in mud systems containing large amounts of dissolved electrolytes, attapulgite clay is often used in this environment. The attapulgite clay is not of a flat platelet nature (Fig.2). Viscosity and gel strengths are developed from meshing these needle-like particles. Attapulgite does not provide good filtration control or wail cake properties.

Why Bentonite can’t be added to salt water

Due to the resulting poor filtration control and wall cake properties, bentonites are not often added directly to a saltwater mud system. Prehydration of the bentonite in fresh water is usually recommended. If prehydration is not possible, the amount of bentonite added to the saltwater mud to achieve comparable properties will be greater than if a freshwater mud had been used.

What Is Alkalinity and pH.

Some oilmen erroneously assume that pH and alkalinity are the same measurement.

The Definition Of PH

The pH is a measure of the hydrogen ion concentration, H+. Caustic soda (NaOH) and potassium hydroxide (KOH) are two drilling chemicals commonly used in a water-based mud to control pH value.

Proper pH ranges are necessary for clays to disperse and chemicals to react as well as for corrosion protection and to provide a reserve of hydroxyl ions. The reserve of hydroxyl ions provides a measure of safety against contaminants that may reduce the acid-neutralizing ability of the filtrate. The pH is usually measured with color-coded paper or with a pH meter. Water-based muds with chlorides of 10,000 ppm or greater should be measured with a pH meter.

What Is The Alkalinity Agents

Alkalinity agents can be described as any water-soluble chemical that can neutralize acids. Alkalinity tests on the mud filtrate measure the acid-neutralizing capacity of the filtrate. As an example,

Numerous mud contaminants may be encountered in a water-based mud. Table 1 lists some common contaminants and possible corrective actions.

Note that other drilling chemicals are needed to restore the mud to the desired specifications after the contaminant has been removed. Pre-treatment is often possible if a proper mud program was developed and drilling parameters are  observed closely. The pre-treatment should prevent flocculation of the system and therefore negate the requirements for post-corrective measures.

Why We Need Polymer Systems.

Effect Of Some Drilling Chemicals On Oil-Based Muds.

Emulsifiers are required to form an oil film completely around the water droplets. If sufficient emulsifiers are not used, the emulsion will become unstable. Small amounts of additional water may cause severe problems, such as segregation of the oil and water phases. From the standpoint of stability, water droplet size must also be considered. Large droplets exhibit a greater tendency to combine. In order to obtain small, uniform water droplets, some type of shear force must be applied to the mud system. This shearing can be accomplished with mud guns, centrifugal pumps, and circulating through the bit. Water in an invert system helps support barite, acts as a fluid loss agent, allows many of the drilling chemicals to dissolve, and contributes to viscosity and gel strengths.

Effect Of Oil In Invert System

Calcium chloride is added to an invert emulsion to help dehydrate water sensitive formations. Formations hydrate or dehydrate when exposed to a drilling mud if a salinity difference exists between the formation and the drilling fluid. This osmotic force may be adsorption or desorption, depending on the salinity of the drilling fluid and the water in the formation (Table 8-3). In an oil mud, the semipermeable membrane across which osmotic pressure occurs is created by emulsifiers and the ‘oil film around each water droplet.

How To Control Formation Instability

Lime is added to oil muds to help convert sodium salts to calcium soaps. Lime also helps combat problems associated with carbon dioxide and hydrogen sulfide intrusion. The proper alkalinity of an oil mud is measured by the Pmand excess lime values. It is desirable that excess lime be present in an oil mud.