DRILL PIPE BURST PRESSURE | WHAT IS & HOW DESIGN 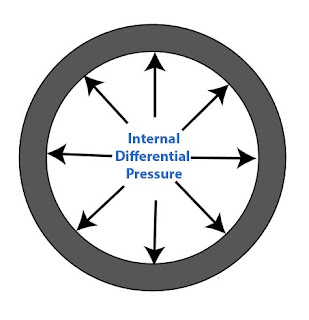 
How To Consider Burst Pressure While Selecting Drill Pipes

Unlike Casing Design and tubing design, burst is seldom a controlling criteria for Drill Pipe design. The reason for this circumstance is that the load line and backup lines are controlled by the mud inside and outside of the drill pipe, respectively. In all but the most unforeseen cases, these two mud weights will be the same. Therefore, the burst load line is controlled by the imposed surface pressure (Fig. 1). 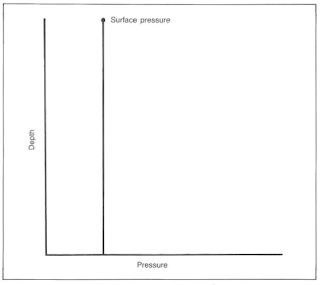 In addition, in most unusual circumstances such as kick control or squeeze cementing, a backup pressure applied to the Casing resists burst.

The maximum burst load normally  occurs  at  the  depth  where  there  is  no  external  pressure,  or  backup.  This normally occurs at the surface just below the wellhead where there is often no surface pressure.

A safety factor of 1.125 must be used to determine the maximum allowable burst load.

The MIYP of the pipe body is determined by the internal yield pressure formula found in API Bull. 5C3, Formulas and Calculations for Casing, Tubing, Drill Pipe, and Line Pipe Properties.

A pressure at MIYP does not mean the pipe will have a burst or rupture failure which only occurs when the tangential stress exceeds the ultimate tensile strength (UTS). So using a yield strength criterion as a measure of pipe internal pressure resistance is inherently conservative. This is particularly true for lower-grade materials such H-40, K-55, and N-80 whose UTS/YS ratio is significantly greater than that of higher-grade materials such as P-110 and Q-125.