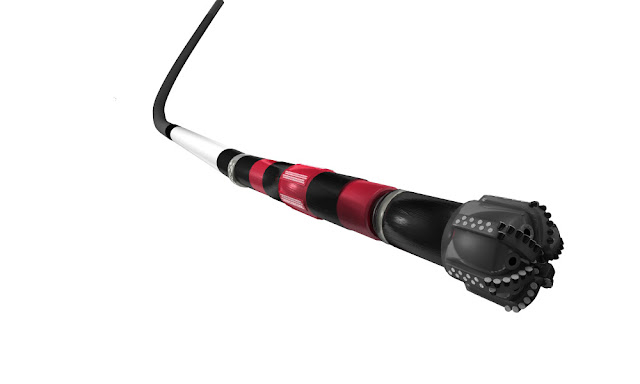 The tendency of a conventional BHA to result in an increase or decrease in hole angle is a function of the flexibility of the BHA & WOB. Since all parts of the drillstring are flexible to some degree the BHA will bend when weight is applied to the bit. This will introduce a tilt angle at the bit. It is very difficult to predict the impact of the above variables on the rate at which the angle will increase or decrease.

Three types of drilling assemblies have been used in the past to control the hole deviation:

This type of configuration is a very stiff assembly, consisting of drill collars and stabilizers positioned to reduce bending and keep the bit on course. This type of assembly is often used in the tangential section of a directional hole.
In practice it is very difficult to find a tangent assembly which will maintain tangent angle and direction. Short drill collars are sometimes used, and also reamers or stabilizers run in tandem.

The principles behind a Pendulum Assembly is that the unsupported weight of drill collars will force the bit against the low side of the hole. The resulting decrease or drop off in angle depends on WOB, RPM, stabilization and the distance between the bit and the first reamer.

To increase the tendency to drop angle :

The principles behind a Fulcrum Assembly is to place a reamer near the bit and apply a high WOB. When WOB is applied, the DCs above the reamer will tend to bend against the low side of hole, making the reamer act as a fulcrum forcing the bit upwards. The rate of build up depends on WOB, size of collars, position of reamer and stabilization above the reamer.

To increase the build: 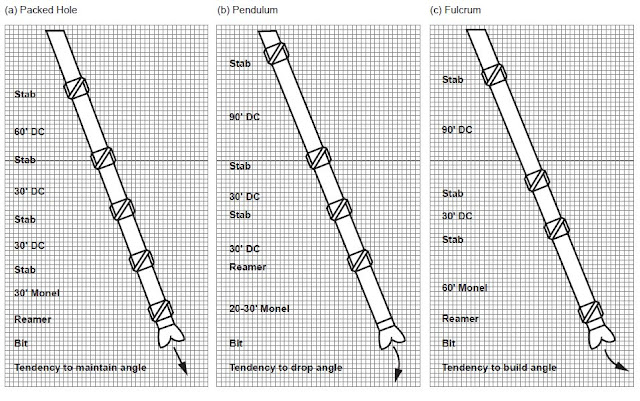