The Cameron U BOP blowout preventers are the most widely used ram-type BOP for land, platform and subsea applications worldwide and offers the widest range of sizes of any Cameron ram-type BOP.

Like all other Cameron preventers, the rams in the U BOP are pressure-energized. Wellbore pressure acts on the rams to increase the sealing force and maintain the seal in case of hydraulic pressure loss.

Other features of the U BOP include: 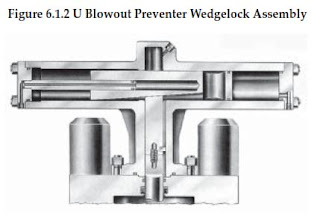 Cameron pipe rams are available for use in Cameron ram-type BOPs to fit all commonly used sizes of tubing, drill pipe, drill collar or casing. 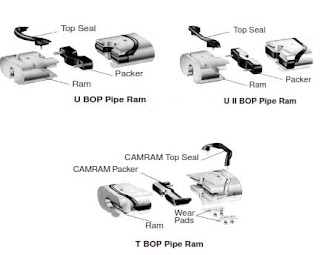 Cameron shearing blind rams (SBRs) shear the pipe in the hole, then bend the lower section of sheared pipe to allow the rams to close and seal. SBRs can be used as blind rams during normal drilling operations.
Features include:
DVS rams are shearing blind rams which are similar to SBRs with the following features: 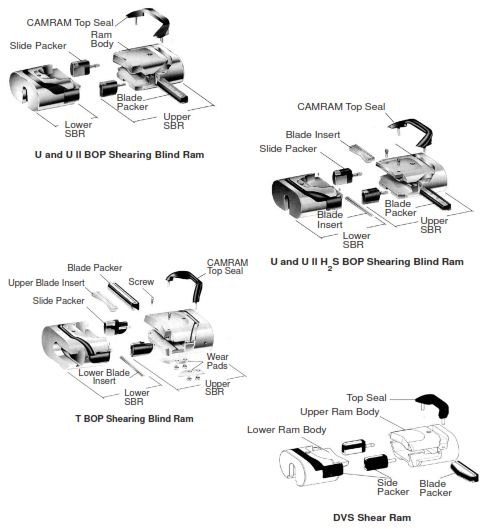 The secondary seal is activated by screwing down on the piston which forces plastic through the check valve and into the space between the two swab cup seals. Further piston displacement causes pressure to build up between the swab cups, forcing them to flare out and provide a seal.
When the pressure exerted by the plastic packing reaches the proper valve, additional displacement of the piston will overcome the spring tension in the relief valve and plastic packing will begin
to extrude from it.
The secondary seal should be activated only if the primary connecting-rod seal leaks during and emergency operation. The secondary seal is designed for static conditions and movement of the connecting rod causes rapid seal and rod wear. 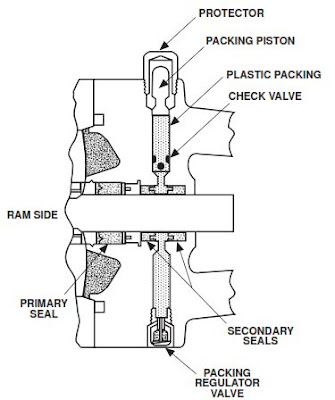