Direction Drilling -Planning The Trajectory Of The Well 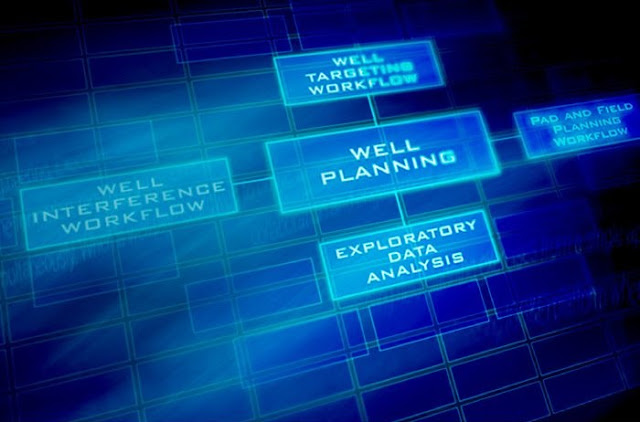 Cost versus Accuracy
In many cases, operator companies adopt an arbitrary in-house target size
As the target size get smaller due to certain limitation ( geological or political)  you need to be more accurate and cost will increase

A- Knowing the position of the surface location and given the location of the Target, its TVD and rectangular coordinates

B- wells can be either: 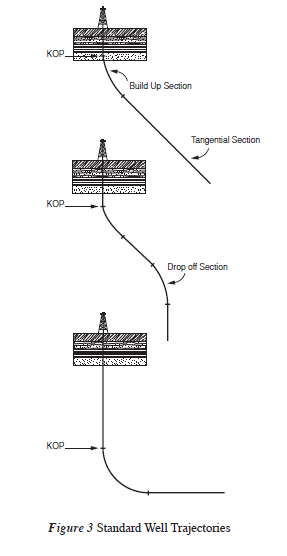 The Parameters Defining the Wellpath

(a) The Kickoff Point (KOP)

The build up rate and drop off rate (in degrees of inclination) are the rates at which the well deviates from the vertical (usually measured in degrees per 100 ft drilled).

The build-up rate is chosen on the basis of drilling experience in the location and the tools available, but rates between 1 degree and 3 degree per 100ft of hole drilled are most common in conventional wells.

Since the build up and drop off rates are constant, these sections of the well, by definition, form the arc of a circle. Build up rates in excess of 3 degrees per 100 ft are termed doglegs when drilling conventional deviated wells with conventional drilling equipment. The build up rate is often termed the dogleg severity.

It is determined by one or more of the following:

Once the desired build rate and inclination have been established, the kick-off point can be determined.


The tangent angle (or drift angle)


Defining the Points on the Wellpath

Having fixed the target and the rig position, the next stage is to plan the geometrical profile of the well to reach the target.

The most common well trajectory is the build and hold profile, which consists of 3 sections - vertical, build-up and tangent.

The trajectory of the wellbore can be plotted when the following points have been defined :

Since the driller will only be able to determine the along hole depth of the well the following information will also be required:


These depths and distances can be defined by a simple geometrical analysis of the
well trajectory.